When you work with a brand such as Cartier, with its incredible lineage and long association with India, storytelling is a privilege. Its Travel with Style event is the perfect meeting point between history and modernity, translating India's historical love for fine automobiles with the country's continued fascination for luxury.

Revisiting memories from the 2019 Concours D’Elegance, at Rambagh Palace, Jaipur. 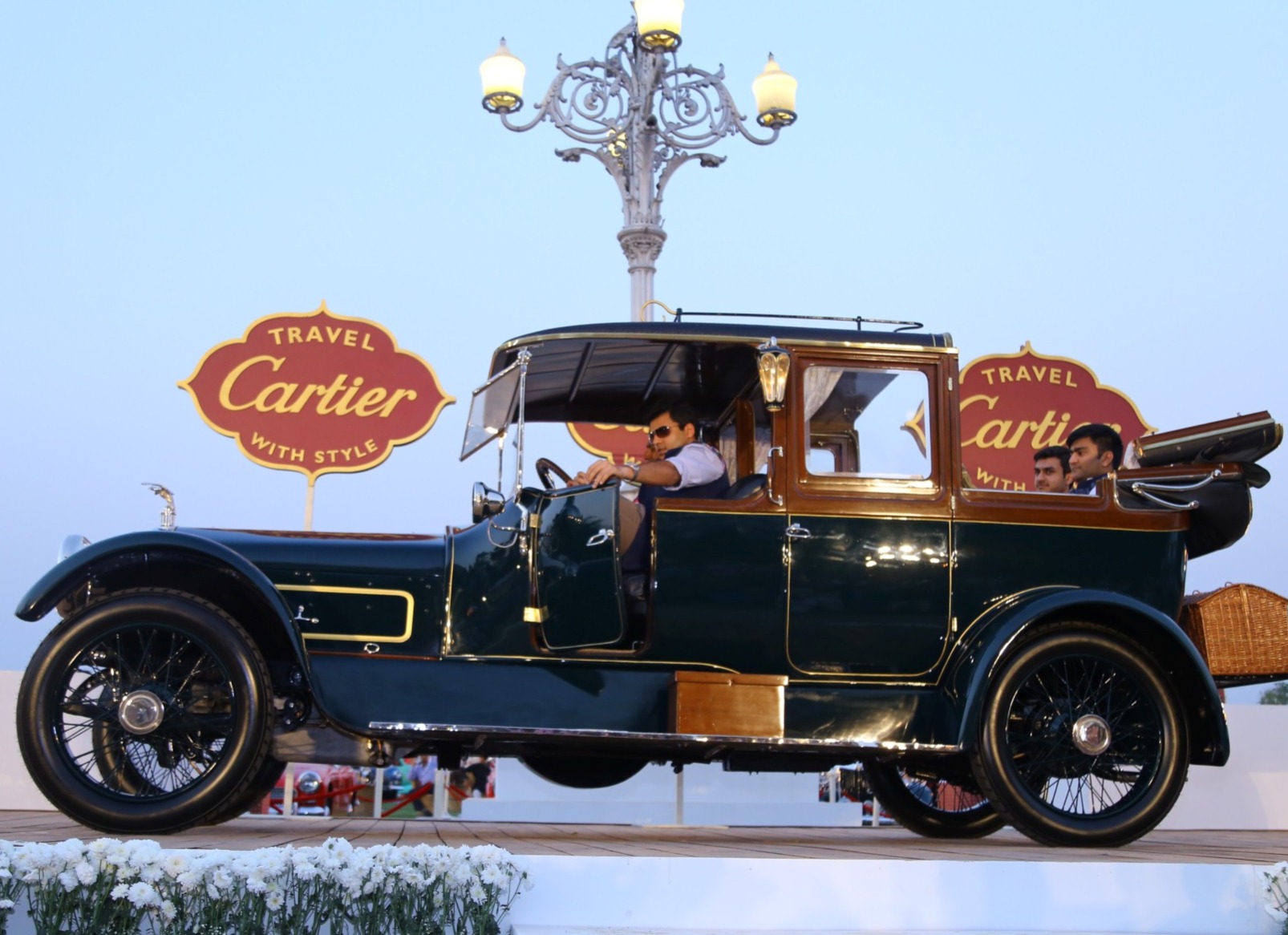 Owned by Maharaj Duleep Singh of Jodhpur, it won the 'Best of Show' award at the first ever Concours held in Bombay (2008). The 1937 Rolls-Royce Phantom II, belonging to H H Maharaj Gaj Singhji of Jodhpur won the 2013 Concours.

Cartier and India have played muse to one another for decades. Erstwhile Indian royal families were patrons of Cartier's artistry and from that relationship were born iconic pieces such as the Patiala necklace, which is now legendary and a synonym for bespoke craftsmanship. The symbiosis between the country and the fabled brand continues, and one of the ways in which it does is the Cartier Concours D’Elégance, which is held in India every two years, showcasing the finest, most rare cars that reflect India's historic love for the automobile.

Since 2008, when the first edition was held in Mumbai, it has become the preferred destination of connoisseurs. Rana Manvendra Singh of Barwani is a pioneering authority on automotive research, history and preservation. He is the visionary curator of India’s only International Concourse for historical cars and motorcycles  – the Cartier Travel with Style Concours d’Elegance. In 2018, he was awarded the Lorin Tryon Trophy, for his work toward preservation of automotive history, at Pebble Beach Concours d’Elegance, California.

Rana Manvendra Singh has been passionate about the restoration of India’s iconic, vintage and classic automobiles for over 40 years. His tireless efforts have strengthened India’s position as an influential force to be reckoned with in the international arena. He also co-authored the book 'The Automobiles of the Maharajas.' 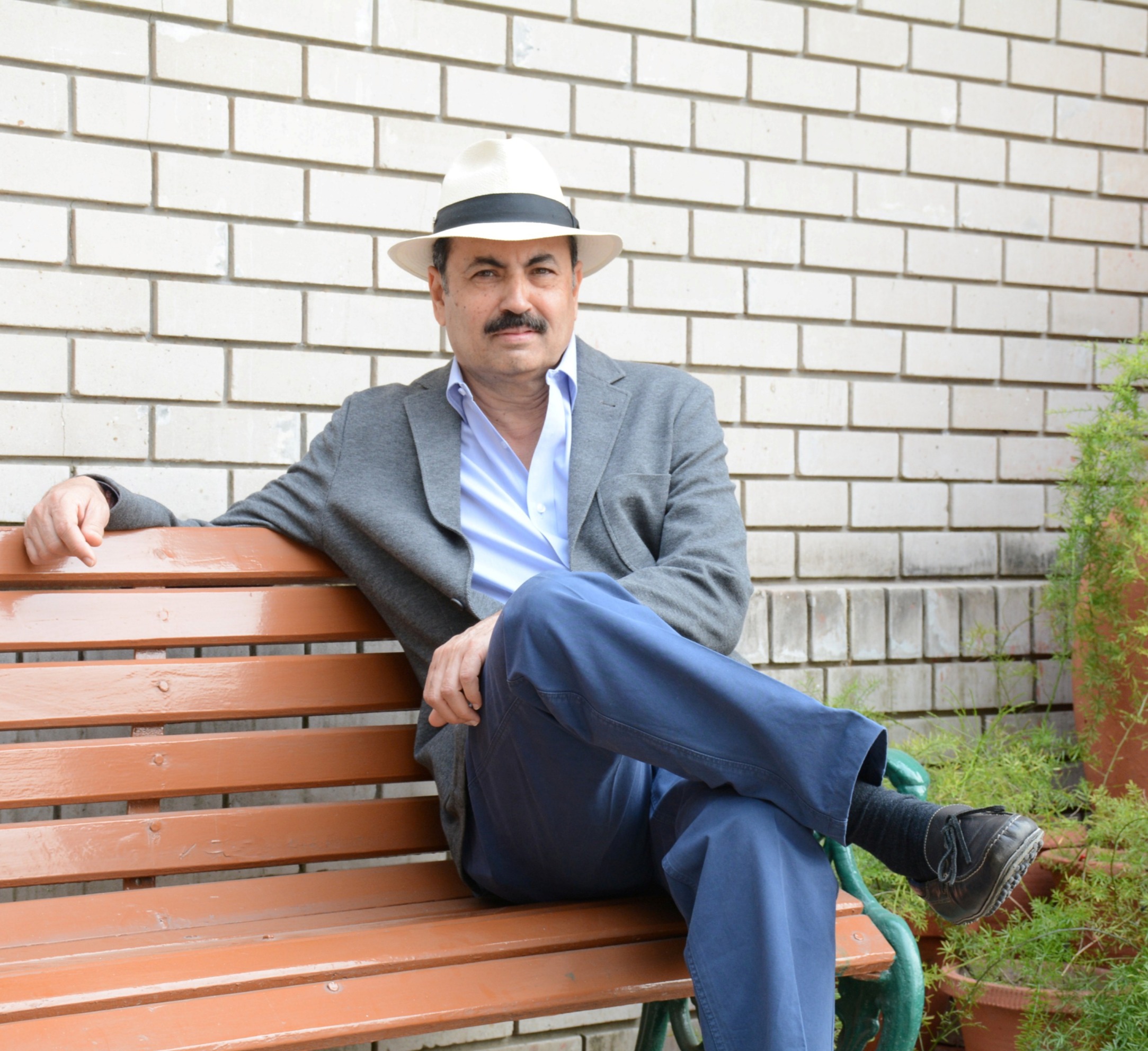 The relationship between Cartier and India, standing steady on a foundation of true luxury, is over a century old. As the ‘Jewelers to the Maharajas,’ Cartier understood the royal Indian idea of opulence and inimitability. Cartier and India are soulmates.

What makes India a special destination for Cartier for this association?

Indian royalty often left no stone unturned to express their extravagant taste in luxury lifestyle choices, including automobiles. If it is about re-telling the story, just as it were; and preserving these grand, silent witnesses, there could be no better partner and collaborator than Cartier. The relationship between Cartier and India, standing steady on a foundation of true luxury, is over a century old. As the ‘Jewelers to the Maharajas,’ Cartier understood the royal Indian idea of opulence and inimitability. Cartier and India are soulmates.

What were the new classes of cars and bikes that were added in this edition?

We had a special ‘Thunderbird Class’ with early Ford Thunderbird. The Thunderbird was Ford’s reply to the Corvette, and it was quite a popular car, with great Hollywood as well as Royal appeal. The Jaipur Royal family have 1960 model, owned by them since new. It ferried the late H.H. Maharaja Sawai Bhawani Singh of Jaipur during his marriage functions.

Then there was, as previously mentioned, the 60s and 70s Sports Car and Pre War Transportation Classes.

Our regular Pre and Post War, Indian Heritage, Roadsters, Preservation classes, etc all returned. Many of the cars and motorcycles came from Rajasthan.

What have you seen change over the past decade?

There has been a gradual, but evident shift in attitudes and perceptions. Once upon a time, it was a challenge to invite participants. It was an uphill task, convincing them to showcase their classic or vintage cars. Now, the owners – and their children – have understood how priceless these heirloom cars are. The restoration and preservation of these cars is absolutely necessary, not just for the sake of family history, but for the sake of regional and national culture.

The world has begun to understand that India’s contribution to the realm of luxury automobiles is exceptional and unique. It is also great to see the younger generation expressing genuine interest and to see newer collectors entering the field.

The world has begun to understand that India’s contribution to the realm of luxury automobiles is exceptional and unique.

Could you name the most iconic cars ever exhibited at the Concours and share anecdotes about them?

There is the 1939 Delahaye 135MS roadster by Figoni & Falaschi, with its unique teardrop design. Owned by Maharaj Duleep Singh of Jodhpur, it won the ‘Best of Show’ award at the first ever Concours held in Bombay (2008).

The 1937 Rolls-Royce Phantom II, belonging to H.H Maharaja Gaj Singhji of Jodhpur won the 2013 Concours. His 1941 Cadillac Series 75 was once a ‘purdah’ car, purchased by His Highness’s father for the Maharani. It has mirrors, dark rear glasses and vanity sets. We have a ‘shikaar’ or hunting car, originally owned by the Maharaja of Mayurbhanj; the 1922 Rolls Royce Silver Ghost.

Then, there is the one-of-a-kind showstopper: the 1912 Rolls Royce Silver Ghost ‘Throne’ Limousine. It was originally purchased by the 6th Nizam of Hyderabad, Mahbub Ali Khan, but unfortunately, he died before he could see his car. It was kept hidden for nearly four decades.  It took some time and effort by Cartier to convince Princess Esra of Hyderabad to give me the car for restoration.

Another car that does not fail to turn heads is the 1919 Daimler 45 HP, popularly known as the ‘Hukumchand Daimler’ after late Sir Seth Hukumchand of Indore, the owner. His family will now have been in ownership of this car for a century. Apart from the radiator, everything in this car is gold-plated.

Delhi based lawyer and general secretary of the Heritage Motoring Club of India, Diljeet Titus’s 1933 Minerva 8 AL 40 HP won ‘Best of Show’ at the 4th Concours, in Delhi. The most luxurious of the Minervas, it was originally owned by the Rajasahib of Mahmudabad, who moved to Pakistan post-partition.

In conversation with Palak Shah, CEO of Ekaya Banaras